February 16, 2020
Want to have the best trophy Base? Here you can choose from 15+ Town hall 8 Th8 Trophy base layout with links 2020 Recommended by pros for your clash of clans or COC village.

Trophy base layout can be extremely profitable to gain extra trophies.

But they are very tough to find. However today, fortunately, we will present to you them with their benefits too. That will bring all the limits, consequences and durability of the base layout.

And that's how we came here with these 14 base layout for you. Also, some of them are used by pro players.

If you don't know what are trophy bases let me explain it to you. These are the layouts that are made for trophy pushing i.e. increasing trophies. It increases player rank also.

Basically, a player chooses this for rank pushing which works well but the main problem found in the most base layout is no storage or farming.

Farming means to protect resources from enemies during an attack by placing them in a secure place. Like- between defenses, traps or in the middle

It means on some bases the storages might be outside the walls which get looted first and fully.

But if a trophy layout supports farming then it will become easy for you to save a lot of resources that can further be utilized in Upgrades and in training army.

So, the benefits of these bases are:-
So, the base layouts are: 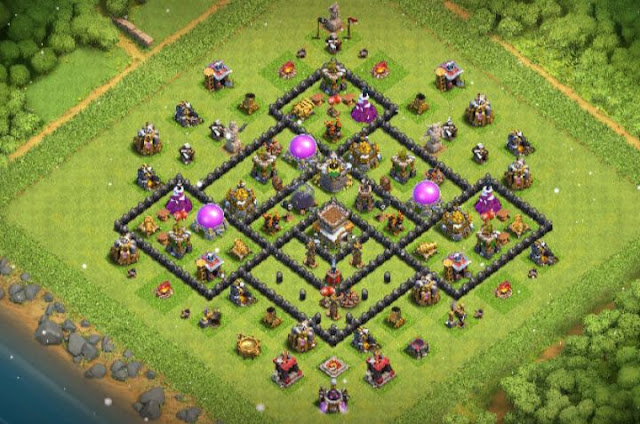 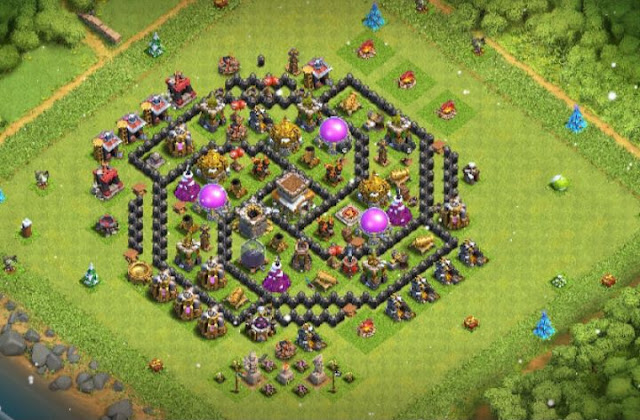 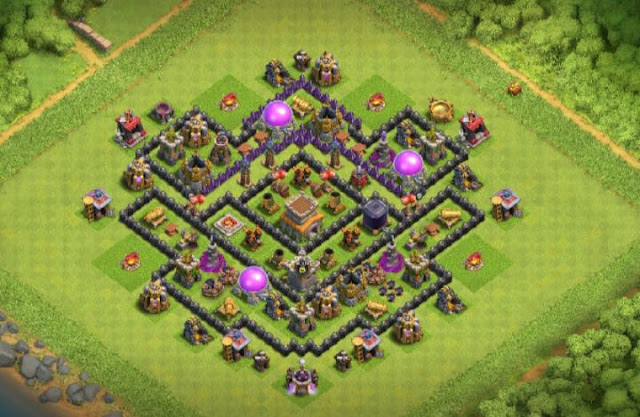 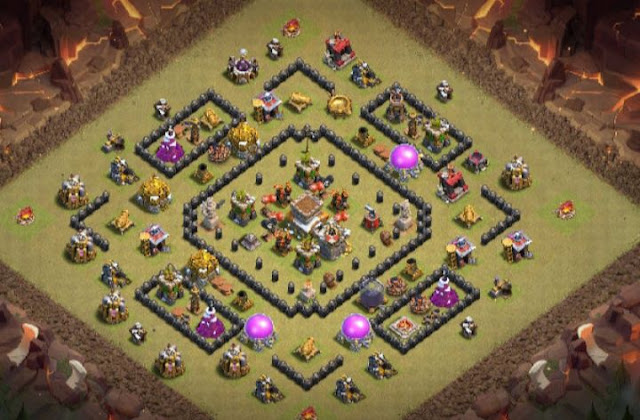 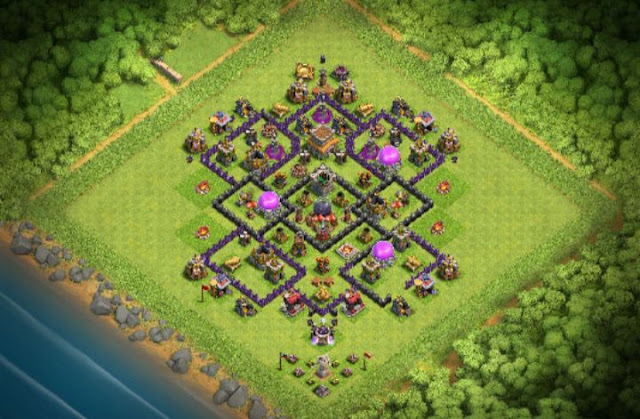 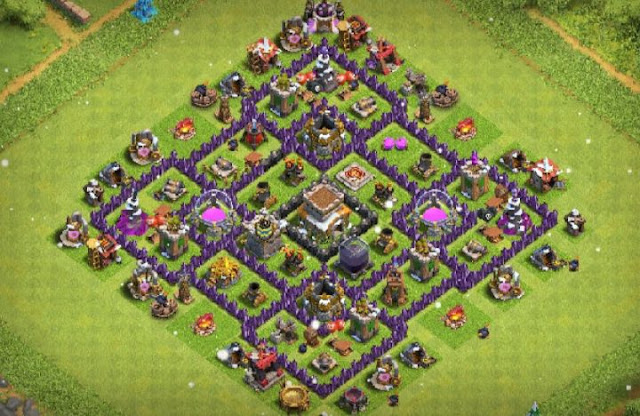 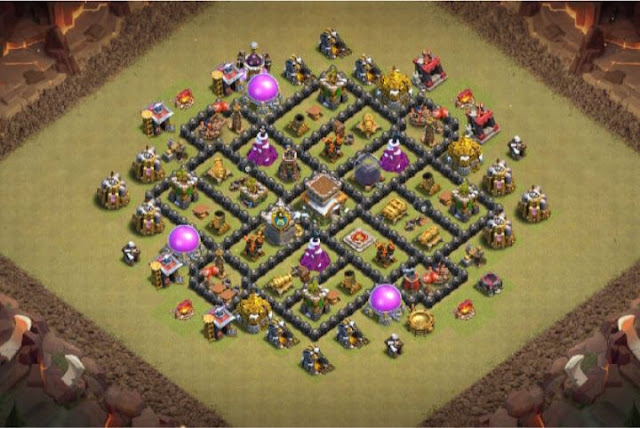 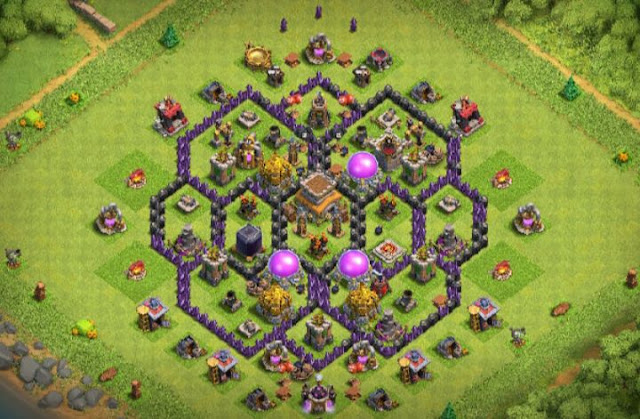 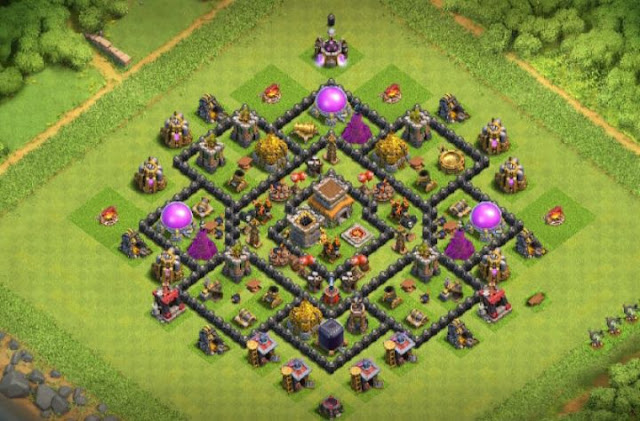 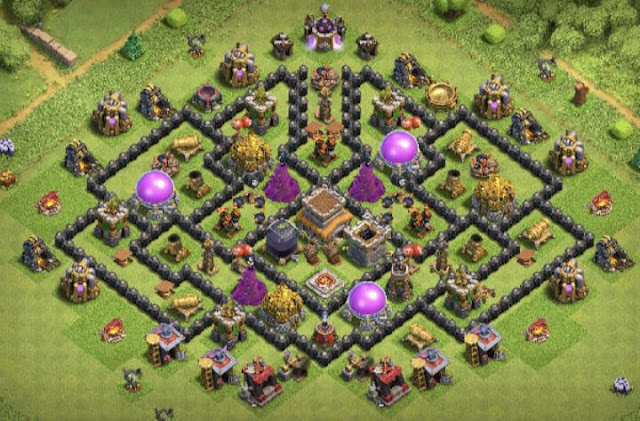 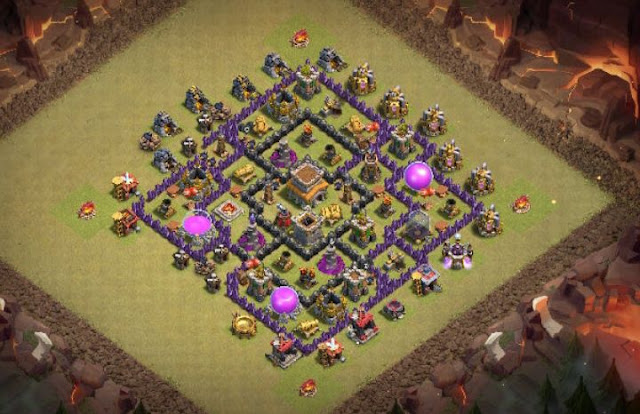 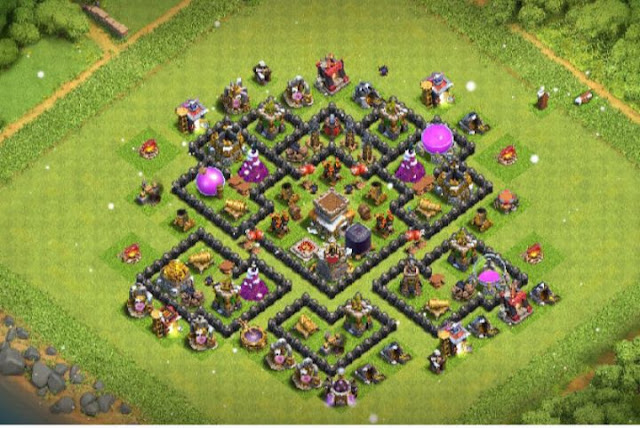 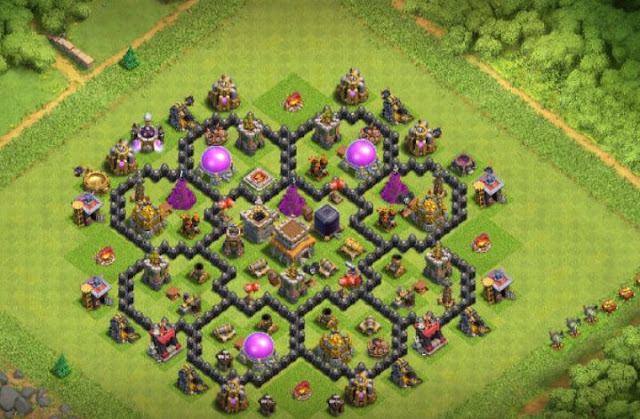 How to Copy base layout

There are several ways to copy base layouts. Some are quick while some need a lot of patience.

In this growing world. Keeping a work short, simple and time-saving is now worth it. If you have no time to make the base on your own then here we have the fastest and simple way for you.

This is the first way. It is fast, secure and simple. So, first of all, go to the desired base layout you want to copy. Now, click on the Blue color Link given. (eg- Link)

It is the direct copy link. It is provided by the game itself which means it is secure and trustworthy.

After you Click on the link, it will redirect you to the game. When the game is completely loaded it will automatically display the base layout Editor. Here, select the desired slot to paste the base layout.

Select the slot and then the layout will be automatically pasted.

The second is long, required patience. If you want to gain some knowledge, tips and the way on how to create a base layout. You must follow it.

Here, you have to scroll to the desired base layout. Now, minimize the browser in which this website is opened.

Now, open the Game. After you have opened the game now go to the base Layout Editor and select the desired slot.

Now, go back to the browser in which you open this website from the background. Observe some portion of the base layout.

Now, go back to the game from the background. Try to place buildings orderly.

Repeat the process until the buildings are placed correctly.

More about Trophy Base Layout Improvements

Although, now you made your base layout completely. But, after some time you will notice some problems that are occurring. And those things happen with every player even with me too.

So, even when I make a layout I always do the same thing.

The mistake is to not know about the layout. Like- after some time the layout doesn't provide better results which is usual. So, it is not something bad.

Because every base can be destroyed fully. It's up to us that we want to fight the problem or leave the problem. But the main thing is that this problem will be going to happen in every base layout.

Defense upgrades- The only and foremost thing that should be done at the beginning of a new base layout. These are provided to you in a limited quantity but by upgrading them attack damage and hitpoints. These are the only buildings that can attack the enemy troops and by upgrading them it will enhance their performance too.

Traps- Both the upgrade and placement help the player but foremost placement plays the most important role in a base layout. Some traps have the power to directly kill enemy troops like a spring trap, some can do damage to troops by blasting like bombs, etc. So, they can be the key to directly kill and damage the enemy troops.

But the only weakness of these is the trigger range. If the enemy troops pass very nearly but not in range, the trap will not get trigger which might become a case for a win and lose

So, the placement of these must be considered. Placing them on a pass, or closely to defenses might help.

There are so many troops in the game. Some are made for attacking and some for helpers. But there are only a few of them which can be used for protection.

Using Clan Castle troops are the only thing that you can utilize in your base layout during attacks.

I know to find a clan and getting the requested troop might be difficult but if you found a clan where you can get desired troops for Defending then it can be extremely profitable.

After finding that perfect clan. You should request and also donate troops to others.

So, the troops which you or anyone can use for Defending are:

So in this blog post, we see a lot of Base layouts. Which are tested with different attack strategies that means the base layout is worth it which can perform well.

Also, we provide direct links of the base layouts which you can easily use to copy the base instantly.

To improve your Trophy Base layout we recommended you some tips that you can utilize in your layout which can work well.

We also shared a list of Clan Castle troops for you which can be used.

If you Share this on social media It will make my day.

Thanks For Coming... HAVE A NICE DAY!